Glenn Gabe noticed it on Monday afternoon and posted screenshots of it on Twitter, I was able to replicate it, finally, and here is a screenshot and GIF of it in action: 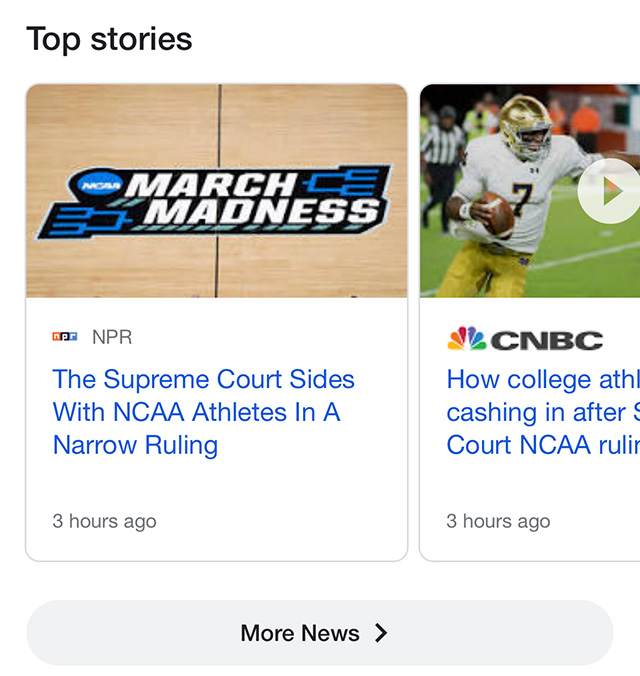 Notice, some of those listed do not have the AMP badge, and when I clicked on them, they did not go to an AMP page.

Here are more screenshots from Glenn:

Now followed by the second non-AMP url ranking in the Top Stories carousel on mobile that I have seen! Hahaha. I think this is rolling out more widely. This is from @reuters. pic.twitter.com/9KEHE0Jndh

Here are screenshots from others:

Yes starting to show up in India as well pic.twitter.com/vielFq9Nc7

If you’re a publisher site that hasn’t used AMP for whatever reason, pay attention to your traffic this week.

Unfortunately, there’s no specific way to track Top Stories performance in GA or GSC, but if you filter by Mobile in GSC that’s a good starting point.

Keep in mind, many AMP pages will continue to show as long as publishers continue to use AMP.

Google Search Rolling Out Continuous Or Infinite Scroll On Mobile

Was There A Google Search Update This Week? Mixed Signals.

Google Says Links From Reporting Tools Do Not Impact Rankings