Vidyard has implemented an impactful corporate social responsibility program, hopes to inspire other high-growth companies to give back

“Tech talent in SaaS business today is different, and next-generation employees, myself included, are not all about material gain. This year, Vidyard grew from just over 100 to nearly 200 employees, so top talent retention has become an especially important priority,” says Michael Litt, co-founder, and CEO of Vidyard. “I care deeply about the engagement of our employees. We’re all mission oriented, so we’ve built social impact programs right into our company culture that make a big difference.”

In the past year, Vidyard has participated in many company-supported, corporate social responsibility events and programs, lead by:

“Expectations of the workplace are changing due in part to the composition of the workforce,” says Lisa Brown, VP of Talent at Vidyard. “By 2025, millennials will comprise 75% of the workforce and they no longer believe that there’s a choice between purpose and profit. I’m proud that Vidyard is a workplace that provides both. Every employee is encouraged to find their sense of meaning and purpose through volunteerism and their role at Vidyard.”

Vidyard enables and encourages its employees to take on volunteerism programs they’re interested in. Each day, for example, Vidyard offers free catered lunches to staff and has set up a program where volunteers like Brendan O’Driscoll, Vidyard’s technical writer, packs up the leftovers for delivery to the local men’s shelter. Outside of the daily food donations, two groups of Vidyard employees also volunteer their time twice a week at the shelter.

Each month, more and more Vidyard employees join #changeyard, an internal collaboration group that shares new community initiatives and volunteer opportunities. Staff volunteer, Alex Paz-Barreiras, one of Vidyard’s business development representatives, says that she loves volunteering because it gives her an opportunity to develop her leadership and management skills.

In May, Vidyard employees participated in a half-day, cross-functional team building event to assemble and distribute bikes and the accessories to regional charities like House of Friendship for children, Ray of Hope for refugees, Big Brothers Big Sisters for children, and the Working Centre for adults, plus all of the tools for their bike repair program. Vidyard employees then welcomed children from Big Brothers Big Sisters in the office and hand-delivered the bikes. For many employees, this was truly a touching moment to see a simple, small task that they participated in bring so much joy to children in their community.

In 2017, Vidyard joined the Pledge 1% program which partners leading organizations that are committed to encouraging the early stage companies they work with to make giving back a priority. In support of the pledge, Michael Litt joined fellow technology leaders on a Dreamforce panel where they discussed Winning The Talent Wars Through Integrated, Strategic Philanthropy, focused on how companies with a clear sense of purpose and social impact are increasingly attractive to today’s workforce. Those that effectively integrate corporate citizenship into their businesses also enjoy better employee engagement, productivity, and retention. Michael also wrote a blog post for Giving Tuesday on ‘Why You Should Bake Community Betterment into your Business Model’ to help inspire other companies to get involved.

When Vidyard’s leadership team explored additional ways they could give back, they felt a responsibility to the immediate community around them. Gentrification had reshaped the region, and older, brick and beam buildings were being torn down and converted into high-tech offices. As a result, rent costs were going up, and public services felt the impacts of that change. This is when Vidyard founded Plugin, a not-for-profit, Vidyard-sponsored organization that host events to bring young professionals together in fun and unconventional ways to connect, build and maintain the community in the downtown Kitchener, Ontario ‘Innovation District.’ Once a quarter, community events raise money toward public services and fundraising initiatives.

In 2018 Plugin will be hosting another four events with the next one set for February.

One of the bike recipients from Ray of Hope, Welcome Home refugee program, that was built as part of our company kick off. 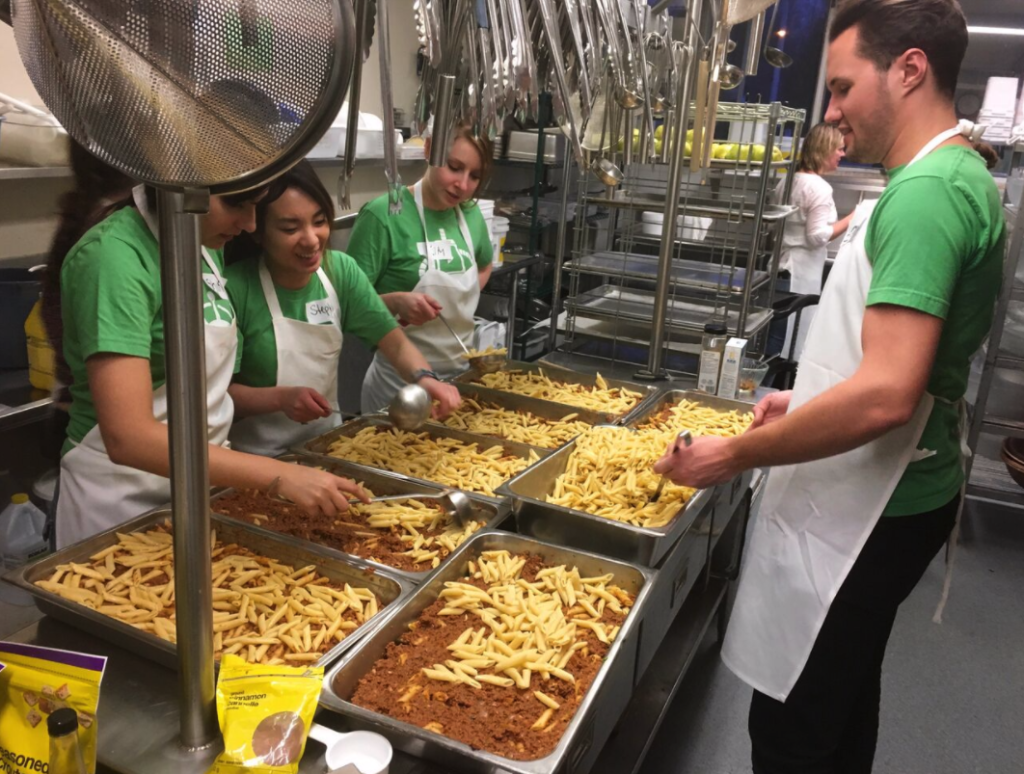 About Vidyard
Vidyard is the video platform for business that helps organizations drive more revenue through the use of online video. Going beyond video hosting and management, Vidyard helps businesses drive greater engagement in their video content, track the viewing activities of each individual viewer, and turn those views into action. Global leaders such as Honeywell, McKesson, Lenovo, LinkedIn, Citibank and Sharp rely on Vidyard to power their video content strategies and turn viewers into customers.

Social Commerce for the 2021 Holidays: How to Drive Growth with Video Ads